In 2009 she received several awards and recognitions for community engagement from the Los Angeles City Attorney, Department of Defense, Los Angeles Police Department, and The Chicago School of Professional Psychology. In 2013 she was given a distinguished teaching award for Outstanding Public Service Teaching.  She currently is a peer reviewer on several academic journals and is part of the Medical Advisory Board for Quality Health. In 2015 she became a regular Tuesday night co-host of the weekly syndicated radio show Stop Child Abuse Now (SCAN) on Blog Talk Radio with Bill Murray. She is on the board of directors for The National Partnership to End Interpersonal Violence Across the Lifespan (NPEIV) relating to public awareness and publicity.  She is on the advisory board for A Better LA. She is an invited consultant involving academic program review and evaluation, both nationally and internationally.  She is also an invited speaker pertaining to community gang intervention.  She now focuses her clinical practice on male survivor issues of abuse, violence and trauma. She has written a number of encyclopedia entries related to crime and justice for Sage publications (Encyclopedia of Transnational Crime and Justice and Encyclopedia of Criminal Justice Ethics). Currently, her research focuses on diversity issues connected to forensic community mental health and male survivor trauma.  Her book about male survivor relationships with their significant others, “His History, Her Story” is due out in August 2017.  In her spare time, she creates trainings for law enforcement and attorneys related to mental health and the court system. It should be noted that in all of her professional endeavors she involves students for professional development. 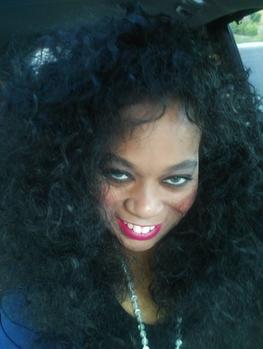 Devon Medina has recently received her Masters of Social Work degree at the University of Southern California Suzanne Dworak-Peck School of Social Work where she concentrated in Children, Youth, and Families and School Social Work. Devon graduated from Pacific University in Oregon with dual Bachelor of Arts degrees in Sociology and Criminal Justice, Law, and Society. At Pacific, Devon wrote a thesis examining the inaccurate portrayal of intimate partner violence in film and the effects it has on survivors of sexual assault. Devon has previously volunteered at the Sexual Assault Resource Center in Beaverton, Oregon as a crisis advocate for survivors of sexual assault and has been interning as school social work mental health counselor throughout her time at USC to obtain her PPSC and CWA credentials. Devon is currently pursuing the continuing education to work as a bi-lingual clinician in English and American Sign Language.

Devon wants to challenge and change inconsistent and harmful representations of individuals on various media platforms by being an empathic, compassionate, and understanding social worker while observing human behavior through a socio-theoretical lens.

Mr. Basheer has been described as “One of the Nation’s most premier, practitioner based Violence Intermediation Professionals, Elite Public Safety Experts and Hard Core Gang Intervention Specialists” in society today. He is recognized as being at the top of a league of pinnacle specialists in area of discipline and acknowledged as one of the most accomplished authorities in this field of expertise.
He instructs & consults worldwide and has trained thousands in the area of expertise. Mr. Basheer has founded Maximum Force Enterprises and the Professional Community Intervention Training Institute, (PCITI); (the nations first “practitioner based’ professionally certifying 18-week Community Violence Intercession-Gang Intervention Institute) and the License to Operate (LTO) Movement.

Allie Roddy will be beginning her third year in the Clinical Forensic Doctoral program at The Chicago School of Professional Psychology in Los Angeles. Allie graduated from Youngstown State University with a Bachelor of Arts in Psychology and a Bachelor of Science in Criminal Behavior. Allie has experience working with law enforcement and in the court system, in addition to her most recent role training with the Los Angeles County Sheriff’s Department in their VIDA program. She is the student research chair for the Los Angeles County Child and Adolescent Suicide Review Team. In the fall, Allie will begin her work for California Psychological Services Inc., where she looks forward to furthering her development and expertise within the field.

Brittney Montgomery is going into her second year of the Clinical Forensic Psychology Doctoral Program at The Chicago School of Professional Psychology – Los Angeles. Brittney holds a Bachelor degree in Psychology from California State University, Northridge. Brittney is a member of the Psi Chi Honor Society and is a member is the Chicago School Student Association. She currently is focusing on her education and will be working at the Los Angeles Mission this fall. Ms. Montgomery hopes to work for the court system, and the correctional system in the roles of assessment and recidivism reduction.

​The Chicago School of Professional Psychology

Dr. Warner received her Master of Arts and Master of Education in counseling psychology from Columbia University, Teachers College, in New York City.  She completed her doctorate in Forensic Psychology from Alliant International University, in Fresno. She has served as an adjunct professor for several universities and as Lead Faculty for Chapman University's Marriage and Family Therapy program. She is currently a Full Professor for the Los Angeles campus of The Chicago School of Professional Psychology's Psy.D. program in Clinical Forensic Psychology. She has also served as Special Assistant to the Dean of Academic Affairs: Diversity and Community Engagement and Lead Faculty for the Forensic Psychology department for Los Angeles and Irvine. Some of her other professional assignments have included the Department of Homeland Security, Los Angeles Police Department, C.U.R.E.-A Better Los Angeles, the Department of Defense, the Department of Corrections, and Regional Center. For these assignments, she designed the program elements related to mental health and evaluation. Moreover, she served as clinical supervisor relating to human trafficking, trauma, PTSD and multicultural therapeutic techniques.

The Chicago School of Professional Psychology

Cristina Cortez will be starting her fourth  year of the Clinical Forensic Psychology Doctoral program at The Chicago School of Professional Psychology, Los Angeles Campus. Cristina holds a Bachelors in Social Work and a Masters in Counseling Psychology with a specialization in MFT and LPCC. She does have her Associates Marriage and Family Therapist license.

Cristina is currently a clinical practicum student at PRI doing psychological and neurological assessments. She will be going to Gateways Hospital in the Fall for her internship. Cristina hopes to take what she has learned and work in different countries, as well as work in the mental hospital setting. 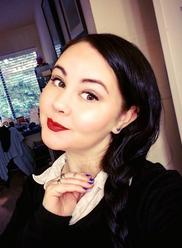 The Chicago School of Professional Psychology 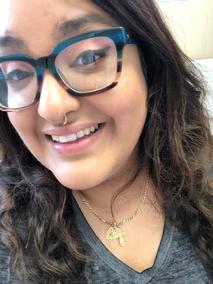 Roxann Wright is completing her final year of the Clinical Forensic Psychology Doctoral Program at The Chicago School of Professional Psychology – Los Angeles. Roxann holds a Bachelor degree in Psychology for the Helping Professions and a Masters in Forensic Psychology. She has worked as a therapist at Ness Counseling Center, a non-profit for court ordered and voluntary low income client and San Fernando Valley Mental Health Centers for Older Adults FCCS providing mental health care for 55+.  Ms. Wright currently works at the Psychology Assessment Resource Center in Rocklin, CA providing psychological assessments/evaluations for forensic, educational, immigration, diagnostic, and treatment purposes.

His training sessions have garnered international attention and support, having traveled the world over to train specialty teams in Brazil, SWAT teams from Argentina, elite executive protection specialists from Africa, private Crisis Elimination teams from London, public safety experts from Beijing, Hong Kong & Shanghai, Gang Intersession specialists in El Salvador and Emergency Responders/Peacekeeping Intervention experts all over the United States.
Aquil is the brainchild of celebrated 501c3 non-profit “The BUILD Program” and the groundbreaking “Professional Peacekeepers Collaborative Alliance” (PPCA); a network of professionally trained & certified Violence Intersession Experts and Community Restoration Specialists.
A nationally read syndicated columnist who’s column “Street Survival 101” was one of the most widely read columns in the nation at it’s height. He is a published author who has released the critically acclaimed book “Peace in the Hood” (working with gang members to stop the violence), this book sets the standard for hard core community based violence intervention and is a required text book for USC, The Chicago School of Professional Psychology, UCLA and the KinShip Program in Orange County.
Aquil has appeared in countless documentaries and short films pieces including “Bloods and Crips”, Gangland, Made In America, the newly released “License To Operate” documentary which he has a starting role and the soon to be released “Black Jacket.” A documentary based of the PCITI methodology.
He has received awards and honors much too numerous to list including the prestigious “California Peace Prize” and a PhD (Doctorate of Humanities) honoris causa from the Chicago School of Professional Psychology for his specialized expertise in this discipline.

Jessica Torres is finishing up her third year in the Clinical Forensic Psychology Doctoral Program at The Chicago School of Professional Psychology in downtown Los Angeles. Jessica earned her bachelor’s degree in Sociology with an emphasis in Criminology and Criminal Justice and a minor in Child and Adolescent Development from California State University, Northridge. She is currently doing her second practicum at California Department of Corrections and Rehabilitation/Division of Juvenile Justice at Ventura Youth Correctional Facility working closely with both male and female violent youth offenders providing psychological treatment and assessments in the mental health residential units. In August, Jessica will be placed at Orange County Health Care Agency working in juvenile hall providing substance abuse treatment and conducting psychological assessments with the juvenile correctional population.   ​ 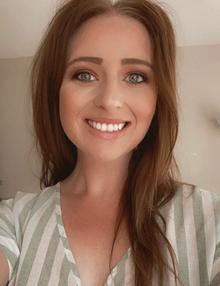 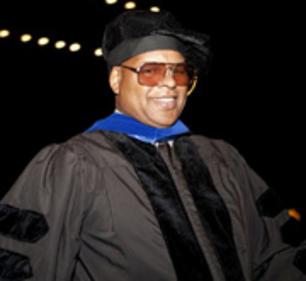 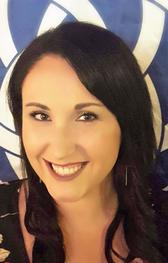